The pianists Bernardo Pinhal and Sérgio de A are the winners of the second edition of the Ageas New Talents Award, whose final took place this afternoon at the Casa da Música in Porto.

The pianists, who dutifully performed Witold Lutoslawski's "Variations on a Paganini Theme" and Igor Stravinsky's "Sprite of Spring - Part I" drew the highest number of votes from the audience.

This final also played Ricardo Coelho (jazz quartet) and Luís Duarte Moreira (trompa). These finalists were found throughout 2018, by choice of the public, in two dozen concerts of the cycle "New Talents".

Created in 2017, the prize, which distinguished in the first edition the clarinetist Horacio Ferreira, "aims to distinguish and encourage the work of young musicians aged up to 35 years and Portuguese nationality or residing in Portugal of all musical genres, in the areas of creation, performance and/or performance on stage, and promote artistic projects of recognized quality." It also includes the award of 5,000 euros to the winners.

Know here the winners Bernardo Pinhal and Sérgio de A. 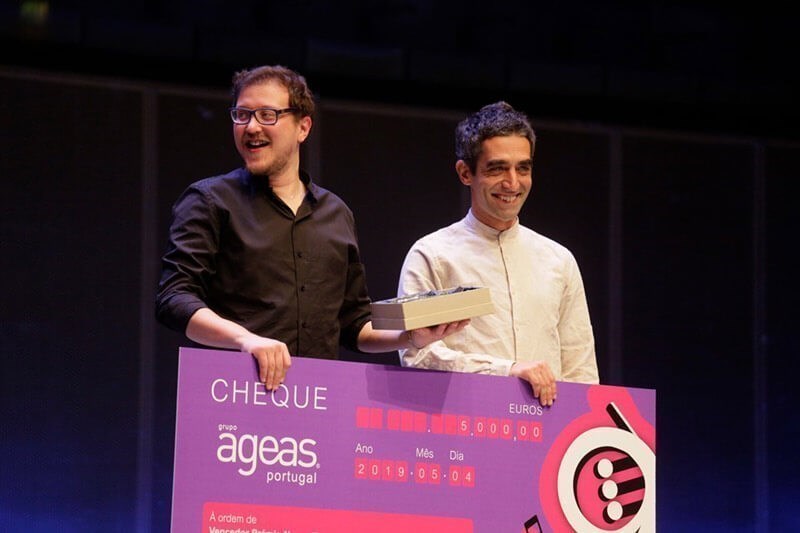 Thank you for your feedback!

Professional team and comprehensive offer to protect your world.

Health and Technology in debate at SingularityU

The future of health in the eyes of national and international experts.

For the third consecutive year, Ageas Seguros wins the award in the "Insurers" category.